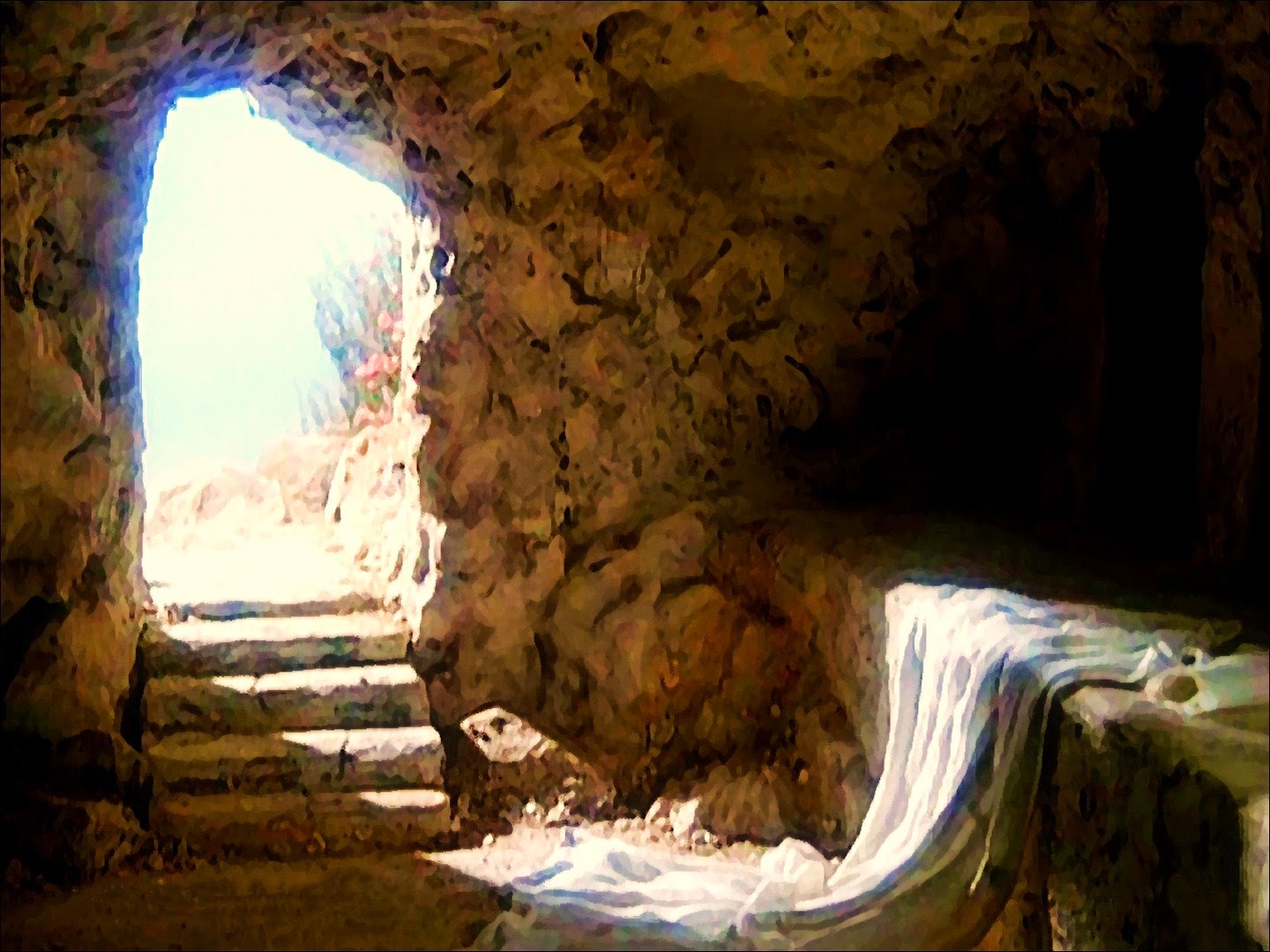 20 For the creation was subjected to futility, not willingly, but because of him who subjected it, in hope 21 that the creation itself will be set free from its bondage to corruption and obtain the freedom of the glory of the children of God. 22 For we know that the whole creation has been groaning together in the pains of childbirth until now. 23 And not only the creation, but we ourselves, who have the firstfruits of the Spirit, groan inwardly as we wait eagerly for adoption as sons, the redemption of our bodies.

While reading an article on Original Sin (Latin West/Augustinian view) vs. Ancestral Sin (Eastern Orthodox view) because that is what I do (is that spiritual reading or just nerdy, you decide), I came upon the following paragraph which importantly touches on the essential importance of Christ’s resurrection for the Christian Faith.

Most Christians accept the New Testament account of Christ’s resurrection as a historical factual account of an actual event central to Christian faith although that has been challenged by many modern theologians. Belief in the resurrection is one of the most distinctive elements of traditional Christian faith; and defending the historicity of Christ’s resurrection is vital to traditional Christianity. Therefore, the historicity of the resurrection is usually a central issue of Christian apologetics. Conservative Christian scholars believe that Jesus was raised bodily from the dead and that he was raised in a physical as well as a spiritual body. Many liberal scholars do not believe Christ’s resurrection was historical fact but rather that it was a spiritual event relative to faith. They do not believe that Jesus was raised bodily from the dead, or that he still lives bodily. The relationship between the physical body and the spirit is important in Theology and a sound understanding of original sin as well as the resurrection. In the Greek view (dualism), the body is evil but the spirit is good. In the Hebraic view, the whole person (spirit and body) is good. 1“Original Sin and Ancestral Sin – Comparative Doctrines” by James J. DeFrancisco, Ph.D.

After reading this paragraph, I reflected on the “doctrine” of the Resurrection and why it’s not merely important as a doctrine we check off on our “orthodoxy list” or our conservative vs. liberal litmus test. The resurrection of Christ really matters. It matters to us and to all creation. And, it says something very important to us about God’s divine character. Let’s start with that idea..

First, the resurrection of Jesus Christ is all about God and his unfailing fidelity to all creation. Humans and all of creation are the beneficiaries of God’s faithfulness to the world he created, but we are not the point of it. God is. God alone.

Second, God created the world good. Nothing will spoil God’s original intent for humanity and creation: we are kings and priests (1 Peter 2:9), ruling over creation as God’s envoys made in his image and likeness and representatives and reflections of God to creation and creation to God. Humanity stands as the borderline between the divine and the creature. It is of little wonder that the ultimate and exact image of God, Jesus Christ, (Colossians 1:15; Hebrews 1:3) is referred to as the “God-Man,” a term used by the early Church Fathers. (Check this blog article out by Tim Barnett who lists some quotes from the earliest Church Fathers that state unequivocally that they believed Jesus was God incarnate.)

Anyway, back to the resurrection. The resurrection means that sin and, ultimately death, will not have the last word in the cosmic struggle between Good and evil, Life and death, Light and darkness. Christ was, indeed, bodily raised from the dead (whatever that means we don’t fully know; but, it at least means that the body of Jesus that died on the cross and was placed in the tomb is no longer there.) The body was not eaten by dogs and other scavengers,2

In conclusion, what is the historicity of the burial account [of Jesus]? From Roman expectations, the body of Jesus and of any others crucified with him would have been left on the cross as carrion for the crows and the dogs. From Jewish expectations, would not Deuteronomy 21:22-23 have been followed? Maybe, but only the barest maybe…


But, even if it was, the soldiers who crucified Jesus probably would have done it, speedily and indifferently, in a necessary shallow and mounded grave rather than a rock-hewn tomb. That would mean lime, at best, and the dogs again, at worst. – John Dominic Crossan
(Who Killed Jesus? 187, 188)
nor did it see corruption in the tomb. Yes, Jesus’s body was transformed into a “spiritual body” (1 Corinthians 15:44), but it was his body nonetheless. If it was not, then not only is the Christian faith worthless (1 Corinthians 15:14), but sin and death win. God is defeated.

Of course, the resurrection is not a denial of this world and all of the hurts and injustices that we experience in it. After all, Jesus’s resurrected, spiritual body still carried the wounds of this world. But, those wounds do not have the last word either. The wounds of Christ are a testimony to the reality of sin and death, but his Living body is testimony to a greater truth: Love and Life win the day … forever, and the universe is restored for God’s glory (1 Corinthians 15:28).