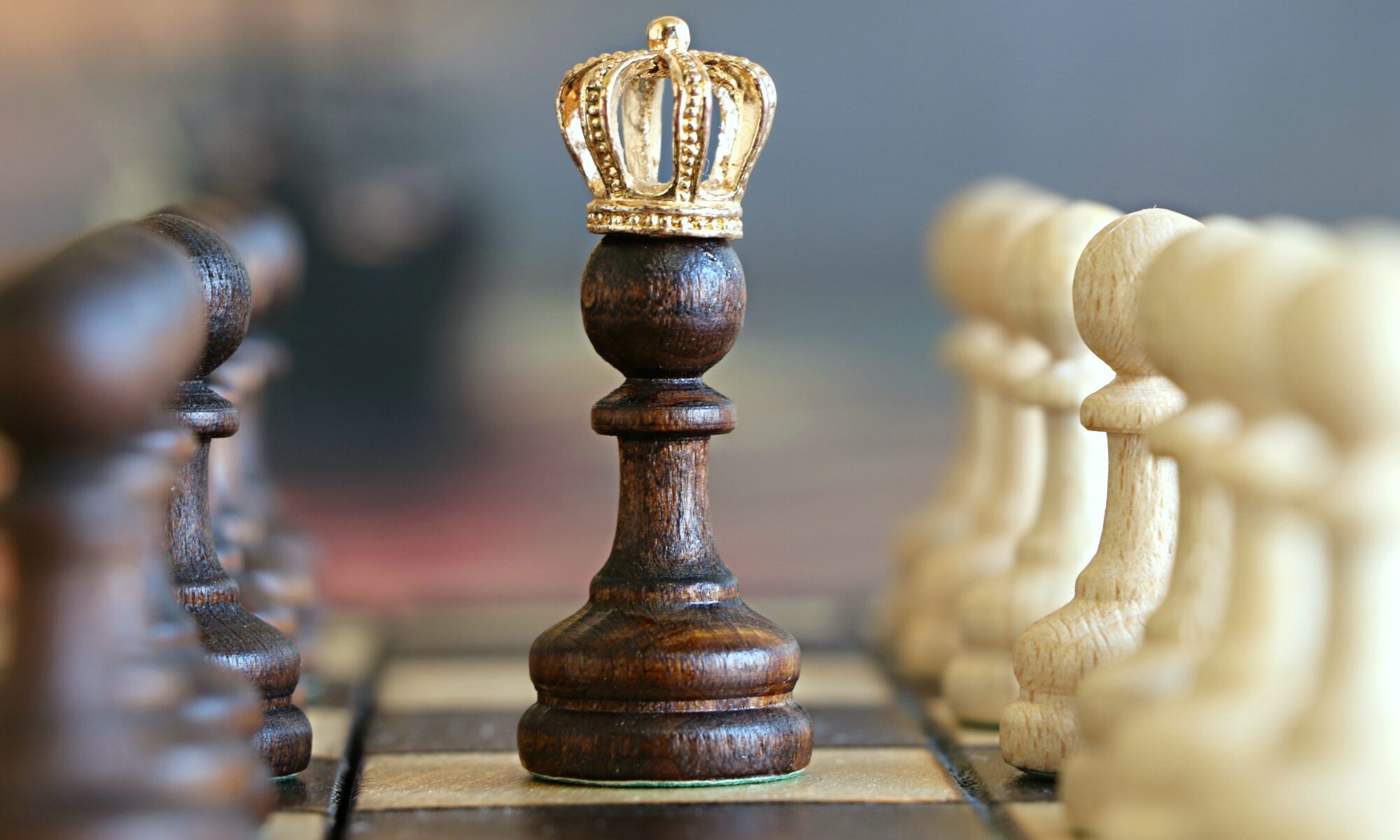 “I know your works, your toil and your patient endurance, and how you cannot bear with those who are evil, but have tested those who call themselves apostles and are not, and found them to be false. I know you are enduring patiently and bearing up for my name’s sake, and you have not grown weary. But I have this against you, that you have abandoned the love you had at first. Remember therefore from where you have fallen; repent, and do the works you did at first. If not, I will come to you and remove your lampstand from its place, unless you repent.” – Jesus Christ, Head of the Church

“Be of good comfort, Master Ridley, and play the man. We shall this day light such a candle, by God’s grace, in England, as I trust shall never be put out.” – Bishop Hugh Latimer to Dr. Nicholas Ridley, martyrs of the English Church on the day of their deaths

It is sometimes amusing to me that some folks think the English Church was founded by King Henry VIII over a dispute with Pope Clement VII over divorce in the 16th century. Were there politics involved in the English Reformation? Sure. But, does that somehow make the Church of England (and, more specifically, the Anglican expression of the One, Holy, Catholic, and Apostolic Church) illegitimate? I think that God can use a variety of means to bring about the Truth of Christ’s Church. I mean, He’s done it before. Does the word Nicea ring a bell? (Besides, Elizabeth I did much more for the English Church than Henry did.)

But, God is accustomed to using human politics to bring about His purposes. Israel wanted a king instead of God to rule them. From this monarchy, came the Messiah. God used the politics of Babylon to bring exiled Judea to repentance. God used Cyrus, the King of Persia – even calling him the “anointed one” – to set the Judeans free from their exile, and to start the rebuilding effort for Jerusalem and the Temple.

Of course, if you have ever listened to members of aberrant, unorthodox Christian sects or read Dan Brown’s quite historically speculative book, The Da Vinci Code, you know (according to them) that the Church took a wide turn away from true, original Christianity under the leadership and political interventions (and innovations!) of the Roman emperor, Constantine. These folks state that such fundamentals of the Christian Faith such as the deity of Jesus Christ and the Blessed and Holy Trinity were invented at the Council of Nicea (325 AD) – and worse, promulgated by Constantine himself. The term in the Nicene Creed which clarifies the relationship of Jesus with God the Father (homoousia; i.e., “the same substance or being”) apparently had to do more with Constantine than the truth.

Like he cared? Maybe he did. God knows. But, the one thing we do know that Emperor Constantine cared about was his empire. He saw the internal disputes within the Church as a real threat to the unity of his recently unified Roman Empire. That’s primarily why he called the Nicene council together. The whole ordeal was quite political. One could possibly argue that what became the Roman Catholic and Byzantine/Eastern Orthodox “branches” of the Church were founded by Constantine, not by Jesus Christ. (One of the reasons for the elaborate worship in the Church after the legalization of Christianity in the Roman Empire was precisely because the emperor started showing up for services.) Nevertheless, it is important to separate the politicians and theologians. For instance, Constantine wavered between orthodoxy and heresy – even after the Council of Nicea I. It was St. Athanasius, bishop of Alexandria, who was exiled six times for standing up for the truth.

So, maybe the whole Arian controversy was political. Or, the bishops of the Christian Church took advantage of the swirling, contentious politics of the 4th century in order to clarify true and orthodox Christian teaching concerning the deity of Jesus Christ and his divine relationship with God the Father. Just like, say, the English Reformers took advantage of the prevailing heated politics of the 16th century to clarify, for example, true and orthodox Christian teaching concerning the Scripture’s relationship with Tradition and salvation by grace through faith (two of the primary teachings of the Church that got blurred in the medieval Church).

It is true that, in England, the Reformation began with Henry VIII’s quest for a male heir (though don’t say that to John Wycliffe). Pope Clement VII refused to annul Henry’s marriage to Catherine of Aragon so he could remarry. As a result, the English king declared in 1534 that he alone should be the final authority in matters relating to the English church. Perhaps, that is where the opponents of Anglicanism’s legitimacy stake their claim. Jesus Christ is the Head of the Church, not any earthly monarch! To this day, the English monarch is called the “Defender of the Faith and Supreme Governor of the Church of England.” But, then again, during these tumultuous years, who should have been the “governor” of the Church? Not the Pope. To say the papacy was corrupt in this era would be an understatement. Should one of the bishops in the Church of England have been made pope – just to create a new English Papacy? No. The papacy was part of the problem – just ask the Eastern Church. Actually (and practically), for good or ill, the only power strong enough to maintain cohesion in the Church in England and to ward off papal power plays and meddling was the king. Yes, Henry’s motivation for reform may not have been legitimate or pious. (Yet, even he did not want the Catholic theology of the Church of England changed.) Nonetheless, men like Cranmer, Hooper, Latimer, and Ridley piously did seek reform for the faith of the Church, for the truth of the Gospel, and for the glory of God. Each of these men – and many more – became martyrs for the sake of Jesus Christ and His Church.

Historically speaking, the English Reformers wanted to return the Church in England to its primitive beginnings. Besides the tradition that says St. Joseph of Arimathea came to Britain in the 1st century as a missionary, there is some evidence that Christianity was already present in England by the 2nd century, and certainly in the 3rd century in the form of Celtic Christianity. British bishops attended the Council of Arles , which intended to put an end to the Donatist controversy, in 314 AD. By the time the Roman Church made its way to England, there were already Christians in the British Isles. It was not until 597 AD that Pope Gregory the Great sent St. Augustine (of Canterbury, not Hippo) to preach the Word in England. Indeed, already in Kent, King Aethelberht (560–616) was married to the Christian princess, Bertha.

How do I know that the traditional Anglican faith is, in fact, catholic and orthodox? Well, the proof of the proverbial pudding is in the eating.

Adherence to the Symbol of Faith, the Nicene Creed? Check.

Adherence to the Apostles’ Creed? Check.

Adherence to the Bible as the Word of God? Check.

Affirmation of salvation by grace through faith working itself out in love? Check.

Affirmation of the Ecumenical Councils? Check.

Belief in the Holy Trinity? Check.

Belief in the Deity of Jesus Christ? Check.

Belief in the Virgin Birth? Check.

Belief in the Hypostatic Union (i.e., that in the one divine Person of Jesus Christ the divine and human natures are personally united without confusion or mixture)? Check.

Belief in the physical Resurrection of Jesus from the dead? Check.

Belief in one Baptism for the remission on sins? Check.

Belief in the Real, Sacramental Presence of Jesus in the Eucharist? Check.

Continuation of the historic episcopacy and Apostolic Succession? Check.

Continuation of ancient liturgy and the Tradition of the Church? Check.

Acceptance of the Papacy? No, but neither does the Eastern Orthodox Church.

Acceptance of purgatory and indulgences? No, but neither does the Eastern Orthodox Church.

Acceptance of the “treasury of merits” of the Saints? No, but neither does the Eastern Orthodox Church.

The above sounds pretty catholic and orthodox. Apparently the traditional Anglican Faith can be identified with the same Catholic Faith that St. Vincent of Lerins referred to in The Commonitory (ch. 2) written c. 434 AD, which offers guidance in the orthodox teaching of Christianity. Indeed, it is the Faith “quod ubique, quod semper, quod ab omnibus creditum est” (i.e., the Faith which has been believed everywhere, always, by all). I mean, how are the above beliefs different from the faith of the Church Catholic? They’re not.

O GRACIOUS Father, we humbly beseech thee for thy holy Catholic Church; that thou wouldst be pleased to fill it with all truth, in all peace. Where it is corrupt, purify it; where it is in error, direct it; where in anything it is amiss, reform it. Where it is right, establish it; where it is in want, provide for it; where it is divided, reunite it; for the sake of him who died and rose again, and ever liveth to make intercession for us, Jesus Christ, thy Son, our Lord. Amen.