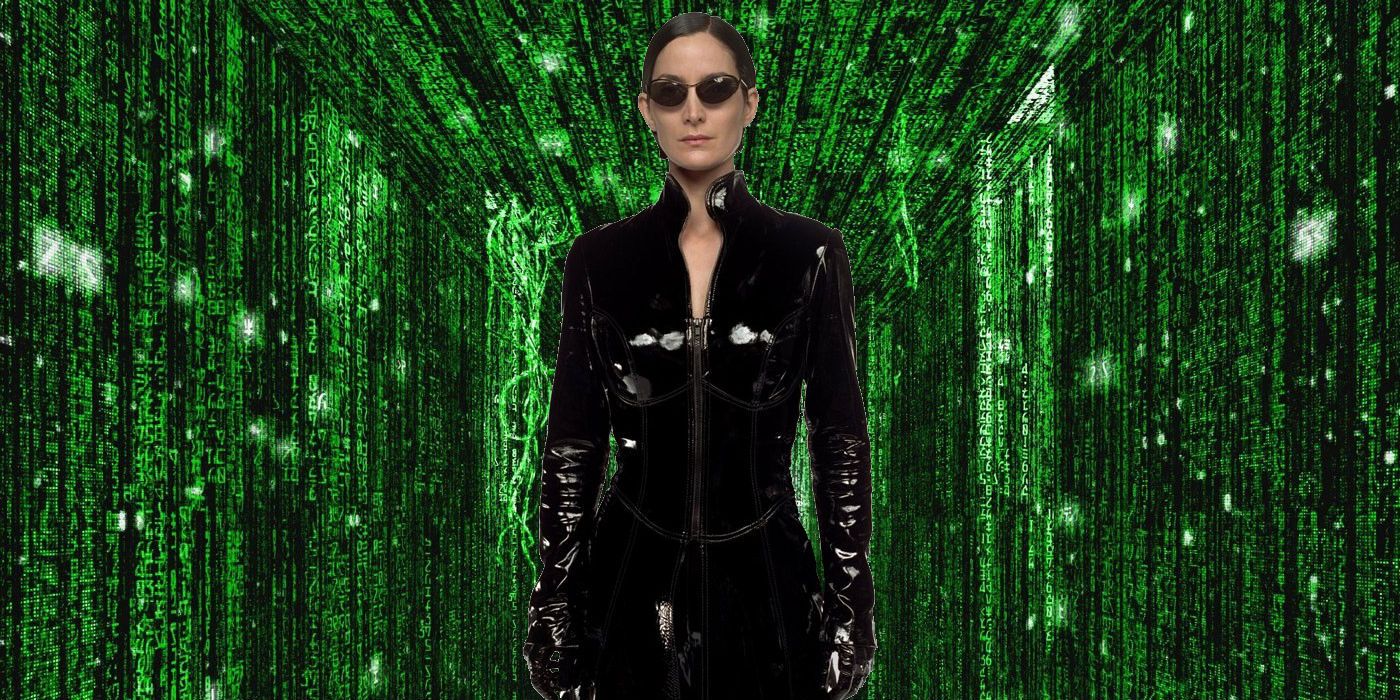 Okay! Not THAT Trinity!

The Christian doctrine of the Trinity (Latin: Trinitas, lit. ‘triad,’ from Latin: trinus “threefold”) holds that God is one God, but three coeternal consubstantial persons or hypostases — the Father, the Son (Jesus Christ), and the Holy Spirit—as “one God in three Divine persons”. The three persons are distinct, yet are one “substance, essence or nature” (homoousios).

Not the character named Trinity played by actress Carrie-Anne Moss from the fantastic movie, The Matrix. But the word “trinity.” Is it in the Bible?

“Automobile” (unless you account for the fact that the disciples of Jesus in Acts 2:1 were all in one accord; think Honda). Ok. That was bad.

All kidding aside, I think when folks say the word “trinity” is not the Bible; they mean the doctrine per se is not in the Bible. But is that actually the case?

So, first things first. Let’s talk about the Deity. Specifically, the number of deities in the Bible. How many Gods are there in the Bible? Quite a few it turns out. There is the God of Israel (obviously), YHWH (Yahweh).  But, there’s lesser known names of gods like Ashtoreth, Chemosh, Dagon, and, of course, Baal. And, there’s more familiar gods as well, like Diana and Zeus. So, sure, there are lots of gods in the Bible. However, when it came to Israel and Israel’s worship, there was only One God worthy of worship. Where do we see this?

First, there is the top commandment (from the 10 Commandments), “You shall have no other gods before me” (Exodus 20:3).

“Pay attention to all that I have said to you, and make no mention of the names of other gods, nor let it be heard on your lips” (Exodus 23:13).

Throughout the Hebrew Bible (Old Testament), especially in the Book of Daniel, the God of Israel is called the “Most High.” That suggests that Yahweh is the highest God among lesser gods.

However, by the time of the 8th century B.C., the time of the prophet Isaiah, and certainly, after the Babylonian Exile, there seems to be a definite move on Israel’s part from monolatry to monotheism. Take a look at some verses from Isaiah:

Isaiah 43:10
“’You are my witnesses,’ declares the LORD, ‘and my servant whom I have chosen, that you may know and believe me and understand that I am he. Before me no god was formed, nor shall there be any after me.’”

Isaiah 44:6
“Thus says the LORD, the King of Israel and his Redeemer, the LORD of hosts: ‘I am the first and I am the last; besides me there is no god.’”

So, how many Gods are there? Isaiah is pretty clear. There is one and only one God. This is post-exilic Judaism (and, remember, Israel went into captivity in Babylon precisely for idolatry.)

This last point is particularly important because it is this era of Second Temple Judaism which was the Judaism of Jesus and the early (Jewish) Christians. Not only would Jesus and his followers be “monolaters ,” but also monotheists. The God of Israel would be the only God they would worship because He was the only God there was!

But, wait! Doesn’t St. Paul say that there are “many gods and many lords”? Yeah, let’s take a look at the passage in the Bible:

4 Therefore, as to the eating of food offered to idols, we know that “an idol has no real existence,” and that “there is no God but one.” 5 For although there may be so-called gods in heaven or on earth—as indeed there are many “gods” and many “lords”— 6 yet for us there is one God, the Father, from whom are all things and for whom we exist, and one Lord, Jesus Christ, through whom are all things and through whom we exist (1 Corinthians 8:4-6).

Paul is obviously talking about “so-called” gods and lords, not actually real heavenly deities. Paul is not teaching us that there is actually more than one God. However, there just may be a reality behind such “gods” and “lords.” In conjunction with the passage above in 1 Corinthians, there is another just a couple of chapters later where Paul continues the theme of food sacrificed to idols. Who are the gods behind the idols? Paul is quite clear:

Thus, for Paul, any god besides the God of Israel is a demon – and not the good kind (think: Greek philosophy)!

Of course, we know exactly whom Paul was referring to as a so-called “lord” in the 1st century when he wrote 1 Corinthians – the Roman emperor. Indeed, for St. Paul and the early Christians, Jesus is Lord (and, therefore, Caesar is not – and here)!

What does all of this possibly have to do with the doctrine of the Trinity?

For orthodox Judaism and Christianity, there is one and only one God. There is no polytheism, or even henotheism. God forbid (pun intended) in Christianity that there are three separate gods – that’s tritheism – and here)!

Yet, the Bible is full of references to the deity of Jesus Christ (and the Holy Spirit’s close association to God and the Lord Jesus Christ).

Let’s look at some (or you look at them):

And, the Holy Spirit:

So, what do we have here?

The need to say these things is precisely what the doctrine of the Trinity is all about – and this need comes straight from the Bible!

Almighty and everlasting God, you have given to us your servants grace, by the confession of a true faith, to acknowledge the glory of the eternal Trinity, and in the power of your divine Majesty to worship the Unity: Keep us steadfast in this faith and worship, and bring us at last to see you in your one and eternal glory, O Father; who with the Son and the Holy Spirit live and reign, one God, for ever and ever. Amen.

– The Collect for Trinity Sunday, Book of Common Prayer