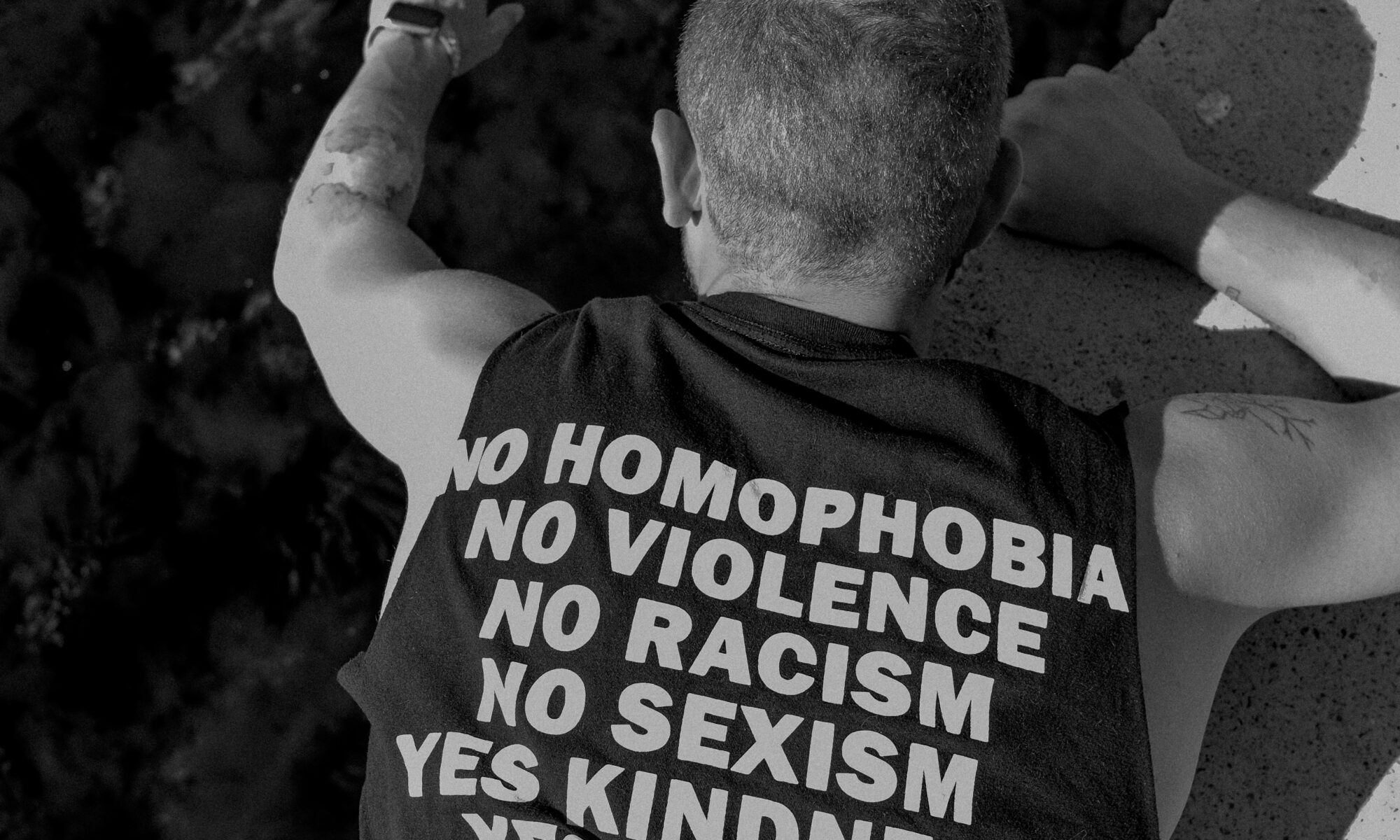 “Do not have sexual relations with a man as one does with a woman; that is detestable.”

“For this reason God gave them over to degrading passions; for their women exchanged the natural function for that which is unnatural, in the same way the men also abandoned natural relations with women and were inflamed with lust for one another. Men committed shameful acts with other men, and received in themselves the due penalty for their error.”

“And Pharisees came up to him and tested him by asking, ‘Is it lawful to divorce one’s wife for any cause?’ [Jesus] answered, ‘Have you not read that he who created them from the beginning made them male and female, and said, “Therefore a man shall leave his father and his mother and hold fast to his wife, and the two shall become one flesh”? So they are no longer two but one flesh. What therefore God has joined together, let not man separate.’”

“And I say to you: whoever divorces his wife, except for sexual immorality (πορνείᾳ), and marries another, commits adultery.”

More from the Bible.

I hesitate deeply to write this post. It’s not because I am not convicted about the topic, nor because I do not think it is worth writing about. My only concern is that I will be misconstrued, that, because of our current political polarity and long-term mutual misunderstandings, I will, in turn, be misunderstood.

This post is not political. Please do not take or use it as such. Hopefully, it’s true to the stated purpose of my blog: to discuss meaningful topics from a (orthodox Anglican) theological perspective.

First, let me state that whether you’re straight (or, str8!), gay, lesbian, bi, or trans, or pan, or queer, or whatever you self-identify as (and, no, those things aren’t even remotely the same despite the LGBT+ moniker – though I understand they are grouped together because members of each group want to be heard and understood), I do not care. I simply do not. God has given us all free moral agency to choose how we decide to live our lives. And, thank God, we live in a nation where our personal moral choices – that do not hurt someone else, of course – are not legislated! (Well, that’s the goal of our Republic anyway.)  This sounds crude, but I wholeheartedly agree with my Christian Ethics professor from seminary regarding people’s sexual choices: “I don’t care if you get off on a doorknob.” He didn’t care, and neither do I.

So, what prompted this post of all things? I have been talking with a friend who identifies as Christian (or religious, at least) AND who has come out gay. That is, he self-identifies as being homosexual – both orientation-wise and by preferred actual sexual practice. To each their own. The question I posed to him – and about which I really do care about his answer – was, “How do you reconcile your faith and your sexuality?”

Why would I ask him that? I mean, no one asks me to reconcile my sexual practices with my wife (whew!) with my faith.

But, that’s the issue, right?

The foundational text for Christianity is the Bible, both the “Old” and New Testaments. (Maybe even the Apocrypha if you’re like me.) It would be quite incorrect (and non-objective) to say that the Bible has nothing to say about same sex practice. It does. The above passages are clear. Well, it’s clear that they say what they say. But, what do they mean? That’s another question. For example, take 1 Corinthians 6:9-10:

The two glaring words in this passage are “effeminate” and “homosexuals.” That’s pretty cut-and-dry, right? Not so fast! The two Greek words here are μαλακοὶ and ἀρσενοκοῖται, respectively. What do these words mean? If it means “homosexuality” by our popular parlance, then the Bible is pretty clear on the issue. Case closed. Why are Christians arguing the point further? Why are church denominations splitting? Why are Christians who disagree with the modern narrative being labeled as “homophobes?”

When I was in seminary, I took a class on St. Paul’s Corinthian Correspondence. Great class! Great professor (shout out: Dr. Lee Johnson)! In this class, we took a look at this text. Maybe the issue is not so clear. One of the possible translations of these words pointed to the idea that “the effeminate” refers to “boy temple prostitutes,” and “homosexual” refers to the (grown) men who pay for their services. (Or, as my friend, Ed Large, who was in the class with me said, “So, it is referring to boy temple workers and those who frequent them?” I still heartily chuckle at that question!) If that is the case, then what the Apostle Paul is decrying is pederasty. So, the point is well taken. How we translate these words matter. They matter because our understanding of the Bible, rightfully, as Christians anyway, informs our worldview and the decisions we make in that worldview – including how we use the Bible and how we treat others while doing so.

[The one caveat I have is that we should not automatically say that what the Bible is referring to regarding same-sex relations could not be the same thing were talking about today.]

So, how do we translate these words? Well, according to Anglicanism and the Wesleyan Quadrilateral, there are, at least, two sources used in coming to theological conclusions: Scripture and Tradition [others being Reason (Anglicanism), and Reason and Experience (Wesleyanism)].

Now concerning (peri di) Tradition, it is no surprise that the 4,000-ish years of Judaism and the 2,000+ years of Christian Church History are pretty clear on this issue. (And, was Jesus himself silent on this issue? – though I hesitate even to pit Jesus’s Church and Apostles against Jesus as Jesus himself affirms that a house divided against itself cannot stand, Luke 11:17.) For early Jews and Christians, homosexuality was not an accepted practice. Or, as the United Method Church (I attended a United Methodist Seminary, that’s where I got most of my theological training) officially and concisely states without a big whoop-dei-doo, the church “does not condone the practice of homosexuality and considers this practice incompatible with Christian teaching.” Simple. To the point. And, truthfully, that has been the position of the Church for 2,000 years.

Is that surprising? It shouldn’t be. However, the question today is: Should the Church reconsider its stance? What we are asking, then, is “Should the Church change its mind on how the Church has always understood the Scriptures and its moral teaching on this matter?” If so, then that’s a big deal! It’s something that should not even be considered without a lot of fear and trembling. I mean, who are we in the large scheme of Church History? Aren’t we merely normal folks who have just started considering the ramifications of the “sexual revolution” of the 1960’s? That’s 50 (some) years vs. 2,000 years! Think about it.

Nonetheless, maybe there are good reasons to consider a change. But, maybe there are good reasons to consider towing the traditional line. I mean, what if there is something (A plan? A design?) in the way God created humanity as male AND female in his own image and likeness (Genesis 1:26-28)? Did God not mean to do that? Did God make a mistake? I mean, as Lady Gaga sings, “God makes no mistakes.” It’s worth pondering.

At least, maybe we can agree to disagree.

That said, I do not think homosexuality is God’s ideal for human sexual relationships. I don’t think God creates people contrary to his will for humanity. Yes, God loves everyone. EVERYONE (Hitler, Stalin, Mao, Ted Bundy, and even a despicable sinner like me)! But, let’s not make that a litmus test for God’s approval of certain practices. Just because God loves everyone doesn’t mean he condones everything. Right?

One last thing. I am a Christian. I am not a homophobe. I hate hate speech. Please don’t question my faith, sincerity to learn, or even my past experiences – and I won’t question yours.

Now, get me up out of this lions’ den!