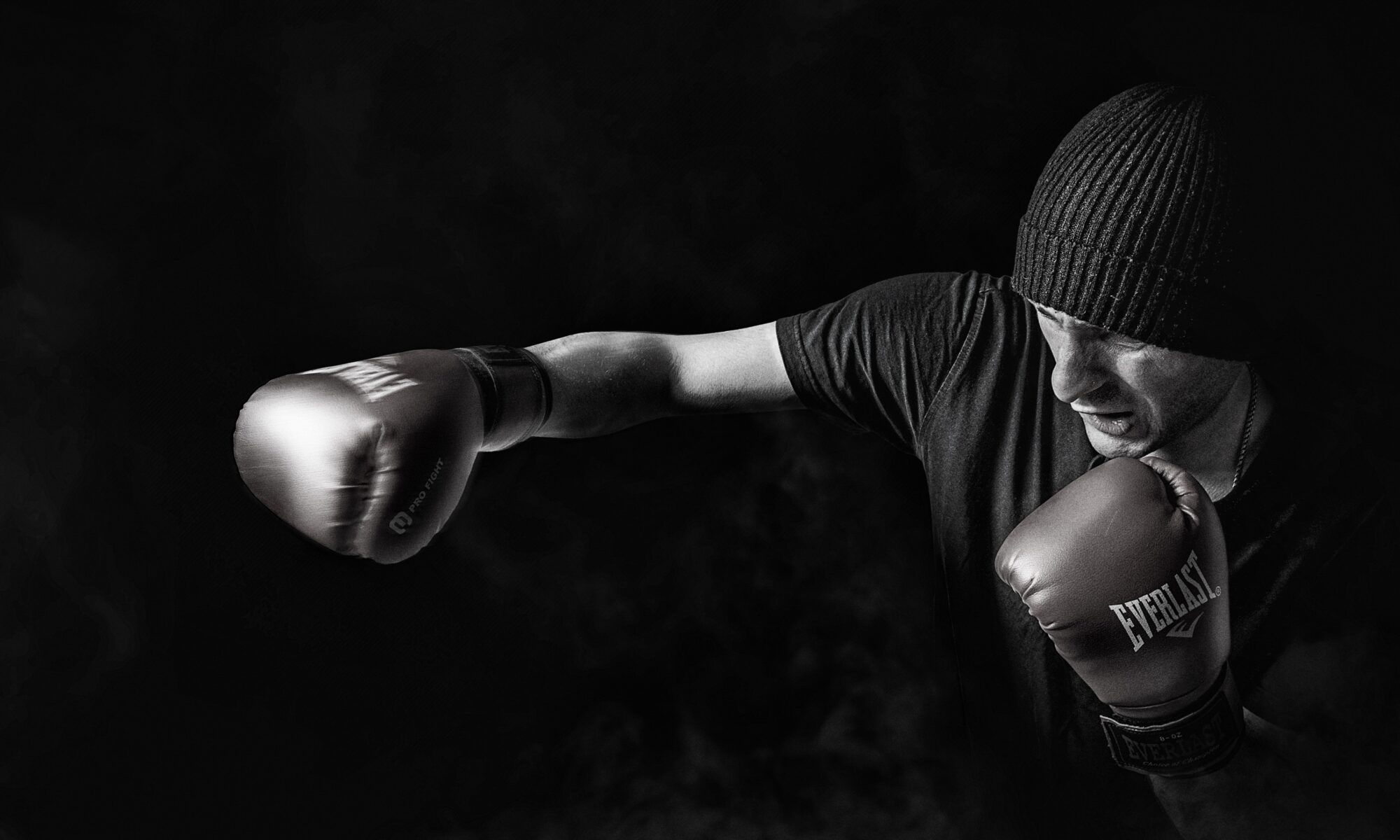 And whoever does not take his cross and follow me is not worthy of me. Whoever finds his life will lose it, and whoever loses his life for my sake will find it.

From the days of John the Baptist until now the kingdom of heaven has suffered violence, and the violent take it by force.

Do you not know that in a race all the runners run, but only one receives the prize? So run that you may obtain it.  Every athlete exercises self-control in all things. They do it to receive a perishable wreath, but we an imperishable.  So I do not run aimlessly; I do not box as one beating the air.  But I discipline my body and keep it under control, lest after preaching to others I myself should be disqualified.

Therefore, since we have been justified by faith, we have peace with God through our Lord Jesus Christ. Through him we have also obtained access by faith into this grace in which we stand, and we rejoice in hope of the glory of God.

“You see that a person is justified by works and not by faith alone.”

“Just ask Jesus into your heart and have faith that he saved you, and you will be saved.”

“Faith in Jesus is necessary for salvation; obedience is optional.”

“You are not saved if you attempt to add works to your salvation.”

Have your heard these sentiments – or something like them – before? What as orthodox, catholic Christians are we to make of such statements? Here is what St. James, the Brother of our Lord Jesus, has to say:

What good is it, my brothers, if someone says he has faith but does not have works? Can that faith save him? But someone will say, “You have faith and I have works.” Show me your faith apart from your works, and I will show you my faith by my works. You believe that God is one; you do well. Even the demons believe—and shudder!  Do you want to be shown, you foolish person, that faith apart from works is useless? (James 2:14, 18-20).

Yes, even demons believe in the lordship of Jesus Christ, but that hardly saves them. The demons’ problem is they do not live in such a way that demonstrates that Jesus is Lord.

As Christians, we are to live in such a way that demonstrates that Jesus is the Lord of our life. Obedience to Christ is not optional. It is precisely what we were saved for.

But, it’s difficult to obey God. We do struggle at times to do so. That’s why faith and a whole lot of repentance are necessary if we hope to obtain life in the Kingdom of God. We are to strive, however imperfectly, to be like Christ. But, if we cease striving to become like Christ, we have ceased being a Christian.

This may sound like a shock to some: the ascetic struggle is necessary for salvation. Purifying ourselves and being conformed into the image of Christ is precisely why, in this life, we were saved in the first place. Since this transformation does not instantaneously happen to us in a divine “poof,” asceticism, by the grace of the Holy Spirit, is the means to this end. If this sounds strange to you, let me suggest that many of the protestant reformers went too far in separating works from salvation – or, at least, the inheritors of the Reformation. In reaction to the ecclesial abuses and heretical innovations of the Roman Church of the Middle Ages, the Reformers rightly brought corrective attention to such abuses and innovations. At issue was the doctrine of “justification by faith.” The Roman Church taught that a person was justified by good works and the Reformers taught that there was no amount of good works that could justify a sinner before God. Who was right? The better question is: Did either side really understand what the Apostle Paul meant by “justification?” Not to go too far a field with this noteworthy topic, 1Check out the work of biblical scholar and historian, N.T. Wright, for a thorough explication of St. Paul’s teaching on justification by faith. what I’ll mention here is that, though they are two sides of the same coin, “being justified” is not the same as “being saved.” The whole idea of justification was corrupted by all sides in the medieval church. Who are those who are justified? This is St. Paul’s concern; that is, who are marked out as God’s people and what marks them out as such? Is it those who observe the works of the Law? Or, is it those who have faith in the Messiah?

When talking about justification, Paul unequivocally, on the one hand, states that we are justified by faith (and, yes, this means faith alone when justification is juxtaposed with works of the Law.) What are the works of the Law? They are torah observances such as circumcision, kosher regulations, Sabbath observances – all those things that distinguished the Jew from the Gentile and kept them from being one family in the Messiah.

On the other hand, St. Paul does mean justification with works when justification is juxtaposed with acts of love – which are total love for God and love for neighbor. These two commandments are the fulfillment of the entire Law. And, as St. John reminds us, if you think you can love God without loving your brother, you are sadly mistaken.

There is no doubt that we are not saved by works. The very Sacrament of Baptism demonstrates this – particularly the practice of infant baptism: before the newly illumined (i.e., those who are baptized) have done anything virtuous, in the Sacrament of Baptism they are taken out of the kingdom of darkness and transferred into the kingdom of light of God’s dear Son and united with Christ. It is upon this most glorious springboard – or foundation of divine acceptance and unity – that we are empowered by the mercy of God and through his grace that we can now – and must – live the life of faith: Obedience to Christ’s commands.

This is not simply I saying this. Jesus says plainly, “If you love me, you will keep my commandments” (John 14:15)

St. John states, “And everyone who thus hopes in him [Christ] purifies himself as he is pure. Everyone who makes a practice of sinning also practices lawlessness; sin is lawlessness. You know that he appeared in order to take away sins, and in him there is no sin. No one who abides in him keeps on sinning; no one who keeps on sinning has either seen him or known him” (1 John 3:3-6, bold mine).

Oh, God have mercy upon us!

This possibility of this newness of life of obedience opens up to us upon our being born from above, or “born again” (through Baptism) which is a sheer act of divine grace toward us. Now that you have received God’s grace through faith, you have been saved (Ephesians 2:8-9), and you are now empowered to live the required life of love and obedience (repenting and confessing your sins where you have failed and do fail). Realizing your sin in light of such a great salvation ought to make you plead, “Lord, have mercy upon me!”

Paul write there, “Therefore, since we have been justified by faith, we have peace with God through our Lord Jesus Christ. Through him we have also obtained access by faith into this grace in which we stand, and we rejoice in hope of the glory of God.”

We addressed this above. If you read the previous chapter in Romans (Romans 4:1-12), St. Paul is clearly saying that Abraham and his descendants are justified by faith and not by faith and works; but notice, the key work that Paul has in mind is circumcision – precisely the initiatory work among all the works of the Law. Therefore, yes, according to Paul, no one is justified by the works of the law AND no one is justified by a faith that doesn’t work through love. This is perfectly captured in these words from Paul:

“For in Christ Jesus neither circumcision nor uncircumcision counts for anything, but only faith working through love” (Galatians 5:6, bold mine).

Nonetheless, God help us, living such a life of love is not always (if ever) easy. It is a struggle – especially in our western culture – to put the needs of others above our own. But, that is what obedience entails. And, yes, living that life of obedience is difficult; hence, asceticism.

However, there are two things to remember about asceticism. Christian asceticism involves things like repentance, confession, prayer, fasting, caring for the poor, considering others better than yourself (humility), and striving for perfection; it does not involve dramatic acts of self-harm and self-flagellation. Paul warns about building your “spirituality” on such useless things (Colossians 2:20-23). In your ascetic struggle, you are being saved. You are in the purview of sanctification. Here, the dictum of St. Augustine has its proper context:

Notice what I said earlier: we were saved. Asceticism has no value if dropped at the feet of the unbeliever, the unillumined, especially Christian asceticism. It will for such folks be a means for meriting God’s approval which puts them all the more removed from the grace of Christ. Those who are not united to Christ by faith and baptism cannot earn God’s approval through virtuous deeds. Christians, for that matter, cannot earn God’s approval by virtuous deeds. But, Christians can purify themselves and prove themselves worthy of their calling of God in Christ by striving to live as Christ lived. Precisely because we live in the flesh with all of its passions, living as Christ lived – of course – manifests itself as a struggle. When does this struggle – the ascetic life – end? It ends at the Resurrection of the Body when we all will be saved.

God be with you and bless you, my friends.